The Vauxhall Corsa is the second best-selling car in the UK. Aside from its fierce competitor, the Ford Fiesta, it’s the most popular car on the road. There is a good reason for this. It is notoriously good value, small, practical and cheap to run. The 2015 version has just hit the market, and we thought we’d put it through its paces. More importantly we wanted to know if Vauxhall had addressed the criticisms of the old model. Namely, was there more excitement in the engine, and how did it stack up against the Fiesta? 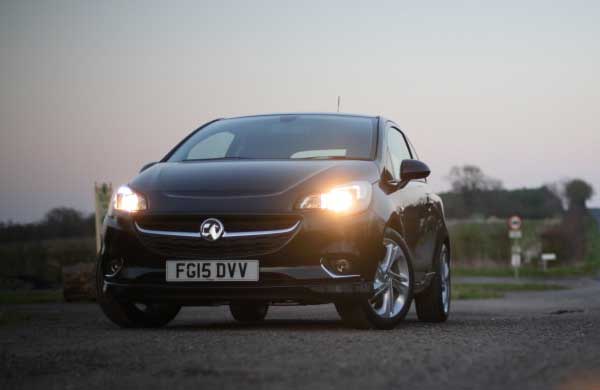 We’ve already touched upon the fantastic Fiesta. It is, by far, the best in class when it comes to the supermini category. The Vauxhall Corsa has always fallen behind, just slightly. At a higher price, you’ll also find the Volkswagen Golf and the Polo. They’re both fantastic cars with more power, but at a much higher price tag. Our friends at Motorline Direct tell us that most drivers opt for the Corsa, and we can see why. In the budget range, the Vauxhall fends off competition from the Kia Rio and the Peugeot 208.

Superminis all have a few things in common. They’re all practical, small and very fuel efficient. So, the thing that sets them apart is their passion and excitement below the bonnet. It’s this element that makes the Fiesta such a star in its class. The last Corsa felt a little hollow in the engine department, so how have they fared this time? Well, there’s a big improvement. The tasty little 1.0 litre turbo petrol engine is quite something. It will also produce 113 brake horsepower. It’s no Aston Martin, but it’s great for its size! The suspension has also been tweaked and the ride is much more responsive. There are two diesel options available too, but we’d stick with the 1.0 litre petrol personally.

As with any city car, fuel economy is key. Luckily, the Corsa comes well equipped in this department. That lovely little petrol engine will hit 85mpg and the engine is so clean, it’s free to tax. You’ll really notice an improvement in the fuel consumption, and the time spent at the pumps is reduced.

Although it’s a small car, the Corsa feels much more spacious than most of its competitors. There is tons of room in the back and lots of boot space for bags and shopping. It’s the interior and dashboard that left the strongest impression on us however. It’s had a redesign and now features intuitive touch screen technology. It feels more refined than both the Fiesta and the Golf up front. A real winner for the Corsa.

One other big criticism of last year’s Corsa was the price. This year they’ve shaved an astonishing £2,500 off the old price tag. That’s a huge upgrade and a reduction in price. The Ford Fiesta should be shaking in its boots.

The new Vauxhall Corsa still doesn’t quite match the Fiesta in terms of fun and excitement. But, it’s making big leaps forward, and at a snip of the price, it could leapfrog Ford this year.