The 2013 Aston Martin AM 310 Vanquish is the latest testament to the commitment of Aston Martin, the leading sports car maker in the United Kingdom, to technical, design and performance leadership. The company is already well-known for producing the most stunning sports cars in the country with equally impressive performance aspects. With the AM 310 Vanquish, that perception is only going to be strengthened. It is expected following the launch of the stylish tourist car in late 2012, the profile of the company is going to be raised on both sides of the Atlantic. The credit truly goes to the design team headed by Marek Reichman.

The design philosophy of the Aston Martin AM 310 Vanquish has a timeless appeal. Yet it is also modern in its relevance. The latest model is a true reflection of the rich design and engineering tradition of this luxury sports car manufacturer. This latest addition is likely to take the mantle further for Aston Martin. 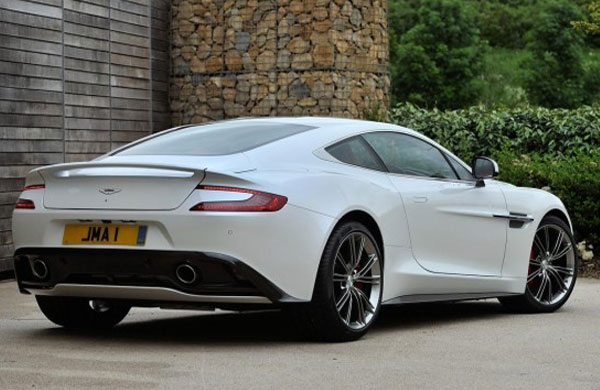 The signature VH architecture of the car has been retained in this model as it has proven to be one of the hallmarks of successful luxury sports cars. While the VH architecture has been maintained, the performance of the engine has been enhanced considerably. As a result of the enhancement of the 6.0 liter V12 engine, the model now offers greater speed and acceleration. In fact, the car can offer speeds up to 565 bhp, which makes it the most powerful engine produced by the company so far. A new infotainment system and reduced emissions also characterize the new model.

In addition to speed, the visual appeal for which the company is famous has also been enhanced remarkably. The AM310 Vanquish has been provided with a more attractive waist that gives it a more sleek appearance. Longer side strakes help to reduce friction while imparting a dynamic appeal to the car. LED light blades have also been added to the rear to add greater style to the model.

According to the makers, there is huge potential for this model to be successful. They believe that the AM 310 vanquish carried forth the company’s tradition of offering the cutting edge innovations in design and engineering to their customers. While most of the enhancements have been inspired from the successful but relatively cheaper One-77 model, the company is confident that it will only add to the appeal of the Aston Martin brand.