A leading player in the Australasia automobile market, the Japanese manufacturer Mazda is planning to market the new and sophisticated Mazda6 in March this year. The announcement was made earlier this year at the Sydney Motor Show where the features of the Mazda6 were also discussed.

The Mazda6 officially marks the beginning of the third-generation line. Compared to the earlier models of the car, this one is expected to be bigger and more lightweight. The Mazda6 is going to be launched in both sedan and wagon types, each to cater to a different type of buyer. For instance, the wagon is not as long as the earlier model whereas the sedan has been provided with additional length compared to its predecessor. 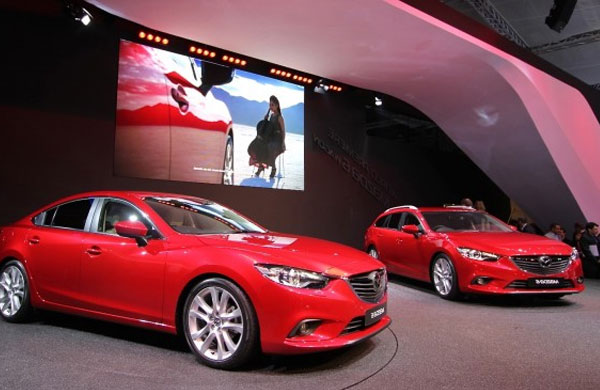 Greater Appeal of the Sedan and Wagon

It is expected that the increase in size will appeal to the American and Asian buyers because of their penchant for large utility family cars. On the other hand, European buyers are more likely to take favorably to the small and compact wagon of the Mazda6.
What is unique about the new Mazda6 is the use of the SkyActiv technology that is not used in many cars made by the manufacturer. The SkyActiv technology allows the manufacturer to equip the Mazda6 with the ability to save weight and experience less friction on the road. This is what makes the new Mazda6 more sophisticated than any model in earlier generations.

The Mazda6 is lighter than any of its predecessors. More specifically, compared to the previous version, the Mazda6 may weigh up to 130 kg less than the model it replaces. At the same time, the fuel consumption has been made more efficient. The new model consumes just 4.8 litres to give a 100 km drive. This is the efficiency of the diesel consumption. The petrol consumption allows the car to provide 100 km drive for just 6.3 litres. The Mazda6 comes with the same six-speed transmission as the earlier models.

Another reason why the Mazda6 is more sophisticated than any of its earlier models is that it comes with some special technologies that assist the driver while driving. These features have been combined under the i-Activsense feature that allows better control over the brake system, the high-beam lights, warning systems, and cruise control.

With the use of this technology, the driver will be able to use the smart braking system more effectively, which will help to reduce the risk of collisions. The driver will also be able to signal lane shifts more accurately and easily.

These new features in the Mazda6 will greatly contribute to reinforcing the position of Mazda as a leader in the medium buyer segment, something that the company has strived to achieve since its entry into the New Zealand market.