What comes to mind when you think of a police car? Perhaps it’s your local bobby, cruising around in their 1.6 Fiesta. Sure, the luminous paintwork and police stripes make the car look fast. But you know that under the surface, it’s no sports car. But have you ever stopped to wonder whether the police all over the world are similarly hamstrung in slow cars? Or are there places where they truly get to let rip? Let’s find out.

When Lambo introduced the Gallardo way back in 2004, the world was in awe. It was a beauty and soon became the Italian car company’s best-selling car. Having sold so many, Lamborghini were in a celebratory mood. And so they decided to gift the Italian police a Gallardo on their 152nd anniversary. Now you can find the Gallardo cruising Italy’s motorways, piloted by some rather happy cops no doubt.

Don’t bother even trying to outrun it. The Gallardo can achieve speeds of up to 203 mph and it can launch itself from 0 to 60 in a mere 3.7 seconds. It also comes with mini light bars to help reduce drag. So unless you’re a Bond villain, you’re not going to be able to get away.

Aston Martin One-77 is the height of luxury cars. In fact, it’s so exclusive that only 77 will ever be made. Somehow, the UAE police department has managed to get its hands on one. And they’re using it to enforce the law in places like Dubai. But why would the UAE police department be investing in some of the fastest cars in the world? The most likely answer is corruption. But the UAE has got a good cover story. They need fast police cars so that they can keep up with all the billionaires who frequent the country. After all, when everybody’s driving Aston Martins, the police need some way to keep up. The One-77 is a league above even the Gallardo. It’ll do a top speed of 220 mph.

On the surface, Germany’s super police car doesn’t look as fast as Italy’s of the UAE’s. On the outside, it looks very much like a Mercedes CLS with “Polizei” written on the side. But underneath, it’s a raging beast: the Brabus Rocket. The Rocket is actually faster than the One-77 in a straight line, which is hard to believe. The car is capable of reaching speeds more than 225 mph and can go from 0 to 60 in just 3.2 seconds. 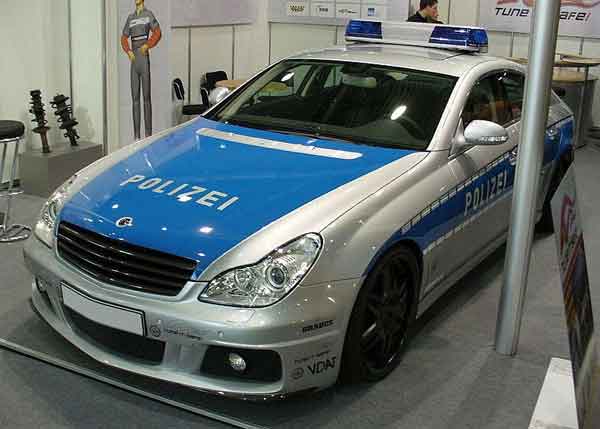 Being the sensible and reserved country that it is, Germany hasn’t actually used the Brabus in the field. Instead, the car was designed as a showpiece to show how to modify cars safely.

Is the Veyron still the fastest car in the world? Pretty much. It also happens to be the fastest police car. And guess which police department has managed to snap one up? Yes, you guessed it, the UAE. Unless you’ve got a Hennessey Venom GT, you’re not getting away in this police chase. 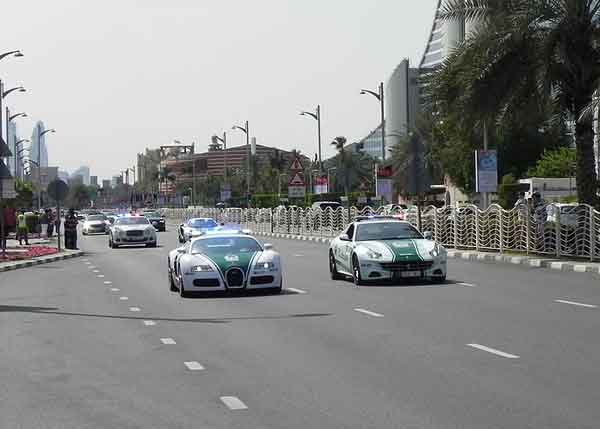