Toyota’s RAV4 series has been an incredibly popular model for them over the years. Since starting back in 1994, it has become one of Toyota’s most popular series’. In the last few years, the RAV4 has enjoyed numerous improvements, and now it’s back again for its 2016 variant. This time, there’s a hybrid version in the mix! But what makes this version worth picking up over the other ones? You need a reason to spend your hard-earned cash on it, so let’s take a look at some facts about the Toyota RAV4 Hybrid.

Alright, let’s start this article off with an obvious statement. Yes, there’s now a hybrid version of the Toyota RAV4! Firstly, you’ll be pleased to hear that there’s a fully-electric mode that kicks in when you’re going under 30mph. You’ll be producing no emissions, and your car will be super silent when driving around the city. Even then, when you’re cruising down the highway, the car barely makes a sound. There are under-floor batteries in the boot that cuts down your storage space just a little. It’s a bit of an inconvenience, but it shouldn’t be enough to deter you from making the purchase. 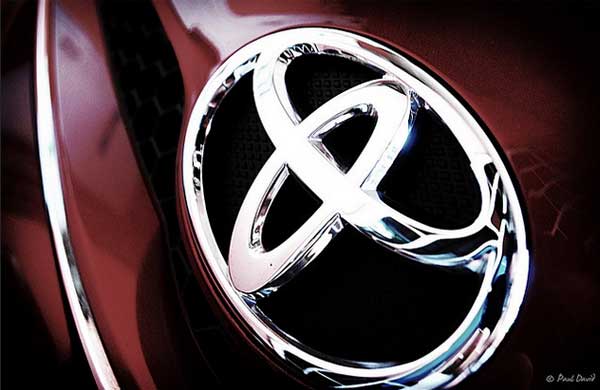 The RAV4 Hybrid is a powerful machine. In fact, it’s actually the most powerful RAV4 that’s ever been released in Europe. It comes equipped with 195bhp (and a 2.5-litre engine), and the car doesn’t struggle with high-speeds when necessary. It’s also a fantastic machine for towing, as the Hybrid version can tow up to 800kg. All of this power comes with an incredibly quiet-sounding engine. Whether you’re on country roads or cruising down the highway at 80mph, your car barely makes a sound. This is also thanks to the 3kg of soundproof material that’s included on the interior. All of these elements come together to make for a relaxing, comfortable journey.

Safety is paramount, and the RAV4 includes Toyota’s famous Safety Sense technology in the Hybrid model. The basic features such as Adaptive Cruise Control and Lane Departure alerts are incredibly useful. However, it’s the added extras such as Road Sign Assist and Automatic High Beam that make your journey that little bit easier.

Then, there are more traditional safety features. There’s a range of airbags fitted throughout the car, rear door child safety locks, stability and traction control, and much more. There’s even Blind Spot Monitoring and Rear Cross Traffic Alert to ensure you don’t get into any dangerous situations. The car scored very highly in a range of safety tests, which follows of the trend of other RAV4 models from the past. Remember, you still need to keep basic tools in your car in case of emergency.

The RAV4 Hybrid comes with what’s known as all-wheel drive. The rear wheels of the car are powered by an electric motor. The front wheels are powered by a 2.5-litre four cylinder engine and a permanent-magnet electric motor. Braking is improved because the power goes to all four wheels. Most Hybrids stick with just two wheels for braking purposes. This system has been designed to improve situational driving. The car will spend most of its time utilizing the front-wheel drive aspects. Rear-wheel drive comes into play when scenarios such as wheelspin are a factor. This way, you shouldn’t be able to slip before the Toyota kicks those rear wheels into gear.

Toyota’s first RAV4 Hybrid is an affordable model that doesn’t need to break the bank. It retails at around the £30,000 mark, which is an affordable option for this type of car. There’s also plenty of dealers out there who will offer it on a monthly package with 0% APR, like the folks at Eastern Western Motor Group. The upgraded Excel version comes with DAB Radio, heated seats and more. If you’re going to take the leap, it might be worth spending the extra money on these features.

The RAV4 is going from strength-to-strength in today’s market and continues to be a popular choice for fans of Toyota. We still aren’t sure how successful the Hybrid model will turn out to be, but all signs point to an efficient, powerful car. It looks incredibly stylish both inside and out, and it sports a professional style that stands out. In the long run, it’ll offer a lot of bang for your buck. Hybrid appears to be the future of driving, and now is a great time to get started.