Menu
Home > Top Family Cars > What Are the Best SUVs for Families?

Those looking for a new family car will need something that is practical. Above all, it needs to have enough space for both the whole family and the weekly grocery run. This is why SUVs have become such a popular choice amongst buyers. Not only do five seats come as standard, but they also score highly on comfort levels and safety features. They’ve also been addressing a key complaint over recent years by improving their often criticized fuel economy. Here are three of the best choices for family-oriented shoppers. 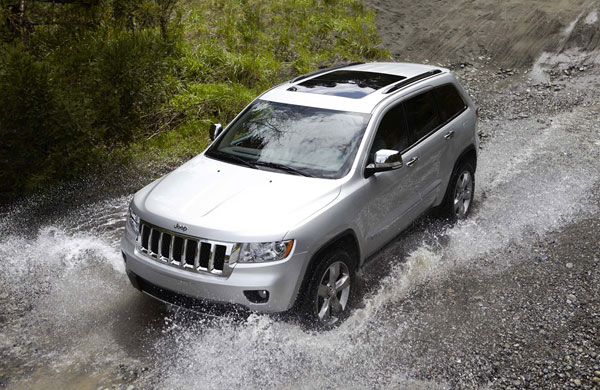 The Honda CR-V, which reportedly stands for “comfortable runabout vehicle,” remains popular with families due to its range of safety features, such as automatic emergency braking, active cruise control, and lane-keeping assistance. All of the CR-V models also come standard with a backup/reversing camera. The latest model comes in an either 2.0-litre petrol engine or a 1.6-litre diesel engine Most experts favour the less powerful diesel model due to its superior fuel economy, though this model is limited to a two-wheel drive and manual gearbox only.

The Land Rand Discovery makes for a great family SUV on its own, but the Sport range, available here, really takes it a step further with a real family friendly layout inside. By adopting a compact multi-link rear suspension layout, the engineers have managed to create enough space in the rear for an extra row of seats. This option for a seven-seater also means you might be able to pick up the neighbour’s kids for the morning school run too. While the Discovery Sport may set you back more than the other vehicles on the list, Auto Express estimates that the Discovery Sport will hold onto to between 52-55% of its new value after three years, an increase over the typical 40% rate.

While Nissan Qashqai might not technically be classed as a SUV, it features so many of the best features of a sport utility vehicle that we just had to include it. This is the vehicle that kickstarted the relatively new product range known as the crossover vehicles. The range of petrol and diesel engines on offer are highly efficient, which makes the Qashqai a very cost-effective vehicle to run. While there’s no longer a seven seat version available, the Qashqai has been praised for its comfort levels and makes for a very good all-rounder.
With so many different vehicles on the market, it can be difficult to narrow the search down. Take a test drive before you commit to a purchase to make sure you find the model that’s right for you.