The external look and orientation of 2014 Acura RLX is that of a luxury sedan. The car has a small yet modest looks to offer, with perfect finishing in tones which are muted.  The luxuriously oriented sedan is in perfect synchrony with the current tech savvy standards.

Comparison to the prior models

As far as improvisations are concerned, the model does away with the shortcomings of its prior version. The body grows dimensionally in width, and thus becomes wider by 1.7”. The AWD upholds improvisation, even with regard to its wheelbase, and the base becomes longer by 2”. The cabin becomes airier and more spacious than what was there in the prior version. Compared to the earlier models, the latest version- 2014 Acura RLX has a full-figured look to offer. 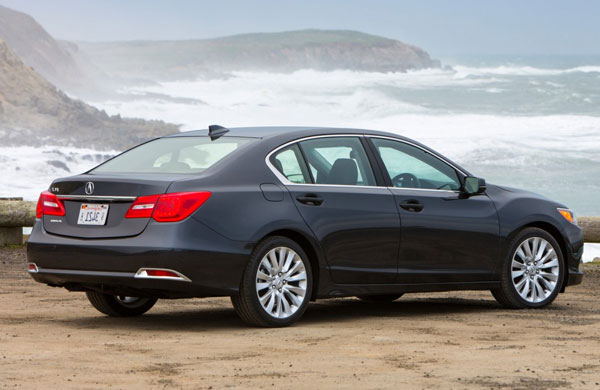 Some of the shortcomings

The car boasts of a navigating interface and a screen radio of the dual type. There is a facility for dual screened radio, as well. But to go by the verdict of users, both the facilities are confusing to use and maneuver. Though the interior becomes more spacious than before, the seat bases are not enough accommodative for lanky passengers/users.  Even if you are moderately tall, you are likely to encounter difficulty.

In order to cater to the needs for fuel economy, the car comes up with the feature of engine downsizing. The size decreases fractionally by another.2 liter, compared to what was noticeable earlier. The engine is naturally aspirated. The directly injectible V6 engine is of 3.5 liters. The power house is able to deliver 310 HP. Torque generation touches the mark of 272lb. The engine lives up to the need and zeal for fuel economy. This happens to be the most outstanding hallmark of this engine.

The sedan comes in two varieties- FWD as well as AWD is there to avail of
Front wheels are reliant on electrical manipulation, whereas those on the hind side are driven by gas based engine.
Torque vectoring is optimally maneuvered with the help of a system based on instantaneous transfer.
Motors have been designed in such a way that both positive as well as negative torque is ensured.
Both the varieties are driven by automatic transmission of the six speed kind

The car makes use of a well maintained scheme of safety. FCW or warning for forward collision, LKA or assistance for lane keeping and LDW as warning for lane departure includes the bracket of safety. The car is fitted with a camera, and its purpose is to ascertain the possibilities of collision. As per its detection, the camera sends out visual as well as auditory warnings. Provision for the application of automatic brakes is another feature of safety. 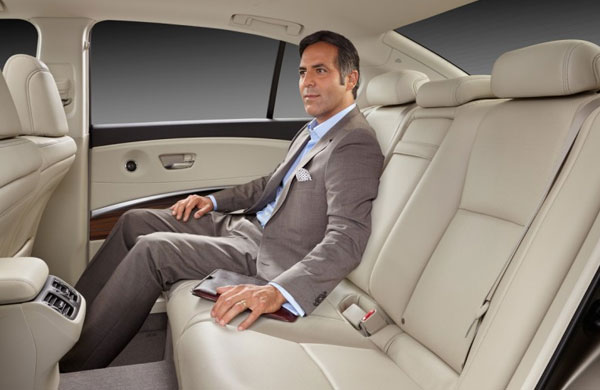 Stability control of the vehicle also boosts up the quotient of safety. As far as safety and reliability are concerned, you can expect the best of deal from this 2014 Acura RLX. Both on rural as well as urban terrain, the car ensures topnotch performance. It is easy to handle, use and maneuver. The features of safety not only minimize possible risks of collision but also ensure steady drifting.

Users as well as the leading critics of the automotive market have come up with positive reviews regarding its compactness, fuel efficiency and maneuverability.

Some of the leading rivals:

Comparison with the leading rivals

Incidentally, the aforementioned list also offers dual varieties of FWD and AWD. But compared to all these types, 2014 Acura RLX falls short in terms of spaciousness. The rival group of cars packs in a diverse array of high-tech features. In terms of cost option, the rival group is better attuned to the needs of purchasers with medium/moderate budgetary choice.

Pros to be banked upon

The car outshines the rest in terms of its features of safety and that of its fuel efficiency.

The base price of this luxury sedan is 49, 345 American Dollars. You can go through the reviews provided on the net, before finalizing your deals on purchase. There are plenty of websites which can shape your insight as to the availability and purchase options that you are in with.