There is something about sports cars that draws every person towards them, it could be the attitude of the sports car, it could be the personality but what we do know for sure is the engine that the sports cars come with. The design of the sports car itself is so mesmerizing that it will keep you in awe and shock.  Any ordinary vehicle will not be able to give you the out of this world experience as a sports car would give you. The quality of your drive would be completely enhanced and exhilarating. It will also be unforgettable. 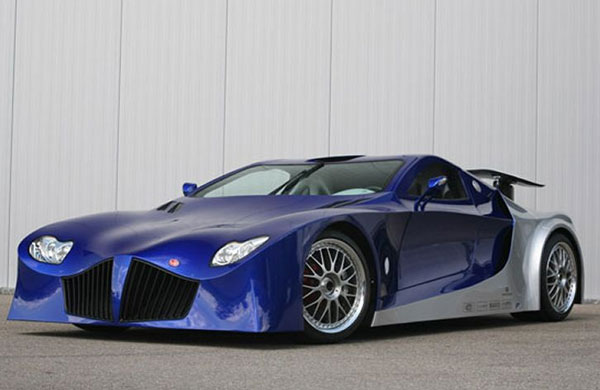 To put it in simple words, driving a sports car is just fun! It gives the driver the individual expression that one needs to stand out. It will shout your individuality and make it your very own personal statement.
The world’s fastest street legal car

Weber – ‘the faster one’

This is where Weber comes in.  At the moment, as we all know it is the Bugatti Veyron Super that holds the title for being the fastest street-legal car ever produced. However, this has now changed as the tables have turned. A Swiss company called the Weber has now claimed to have produced a faster car calling it quite appropriately ‘the faster one’. The Bugatti people should be heavily concerned with this new monster in their midst that claims to take that title away from them.

At the moment the Faster One and Bugatti are producing the same output, which is a 1200 horsepower from V 10 dual engine that is supercharged. However the big difference or rather what really makes the Faster One stand out is the curb-weight. There is a difference of 638 kg curb weight. Because of this difference, the Faster One gets an advantage and sets a marginal record. Just driving from 0 to 300 km/h it takes the Faster One to do it in 16.2 seconds, where as the Bugatti takes about 16.7 seconds to reach the same destination or travel that distance.

Pros and Cons of the Faster One

In a nutshell the Faster One is fast, efficient and quite reliable. Yes, the design may be a bit lacking and not up to the mark but who knows, the Weber or maybe even the Bugatti Veyron manufacturers may be coming up with something even better, so just fasten your seatbelts and enjoy the ride as it only gets bigger and better from here.