Menu
Home > Uncategorized > If You Want A Crossover SUV, Should You Consider The Volvo XC90?

If you want to buy a prestige crossover SUV, your first choices would usually be the BMW X5 or Audi Q7. There’s no denying that the two models have a large share of that particular market. But, it seems their reign may soon be over if Volvo have anything to do with it!

That’s because the Swedish car brand unveiled the XC90. On first glance, the new model looks like a genuine contender for the top spot. But, on paper, there are even more compelling reasons to consider the XC90! Still, I’ll let you be the judge of that; here are some of the model’s main selling points: 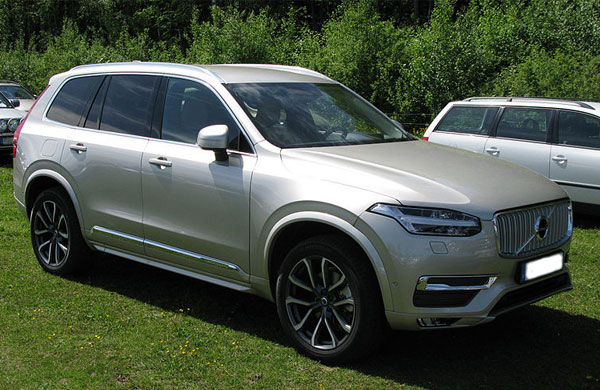 Some car makers offer a confusing array of engines for each of their models. As you can imagine, that can make the buying process harder for many motorists. Volvo have sought to simplify things with the new XC90 by offering just three engine choices.

The first power plant is a diesel unit. The “D5” is a 222 brake horsepower unit that offers a top speed of 138 mph. It will get you from zero to 60 mph in a respectable 7.8 seconds. If you do a lot of long-distance driving, you’ll be happy to hear this engine offers up to 49 mpg combined. It’s also an eco-friendly engine, with an impressive 149 g/km of CO2 emissions.

The second is a petrol unit. The “T6” boasts 316 brake horsepower, and will get you from a standing start to 60 mph in just 6.3 seconds. That’s not bad, considering we’re talking about a heavy SUV here! Fuel economy isn’t that great, if I’m honest, at only 35 mpg. But, that’s no surprise with this 2.0 turbo unit.

Finally, we have the hybrid “T8” petrol-electric engine. It’s the most powerful engine combination out of the three, offering 401 brake horsepower. CO2 emissions are super-low at just 49 g/km, and even the 0-60mph time is low at 5.4 seconds!

It’s possible to drive a T8-powered XC90 on electric power alone, but it’ll only offer a range of 25 miles. Useful if you do a lot of local driving, for instance.

The three engines are all mated to an eight-speed automatic “Geartronic” gearbox. I first read about that gearbox on the http://www.carcogroup.co.uk/ site. After taking a new XC90 out for a test drive, it shifts just as well as the other autos in the current Volvo lineup.

Again, Volvo have made it simple for buyers with a choice of just three trim levels.

The entry-level Momentum is anything but basic. Its generous equipment levels include:

Other features include Bluetooth, DAB digital radio and satellite navigation.
The R-Design gets a bigger 12.3-inch touchscreen display, 20-inch alloys and hill descent controls. You also get sports pedals and exterior styling.

Should you consider the new Volvo XC90?

It’s no secret the features it offers will tempt buyers away from its executive German rivals. If you’re looking for something different, the XC90 is for you. Remember that Volvo cars are some of the safest in the world, so it’s ideal for those with families in tow.