This is one of the best and most popular Yamaha four-strokes that came out in the previous decade. Whereas the 250cc models offered great bottom-end power, the Yamaha YZ450F offered a lot of top-end power to the rider. This feature helped to offset the problem of low torque that was raised when the Yamaha Y450F was launched back in 2003. The bike did receive a facelift in the 2006 version. It became more lightweight and manageable thanks to the new aluminium frame and the more restrained power curve. 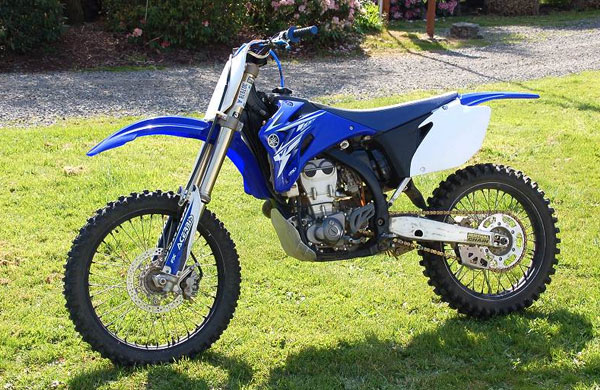 The Yamaha YZ250 was one of the most agile and light riding dirt bikes during 2004-2005. It was made of an extremely light aluminium frame. The bike looked deceptively light but offered great power and agility on the dirt track. It was a convenient and user-friendly bike as it could be re-valved depending on the weight of the driver and the preferred driving style. It was easily powered by a two-stroke engine and delivered great power. It was also very affordable when it came out and that made it very popular among amateur riders.

Although far from perfect, the Honda CRF450R created a lot of interest and excitement when it was launched in 2002. The main problem with the model was its lack of reliability. However, that little issue was not able to overshadow the amazing performance of this vehicle. It competed directly with the 250cc models being launched by Yamaha at the time and held its own. Many people also credit the Honda CRF450R for helping to break the hegemony of 250cc bikes in professional racing. 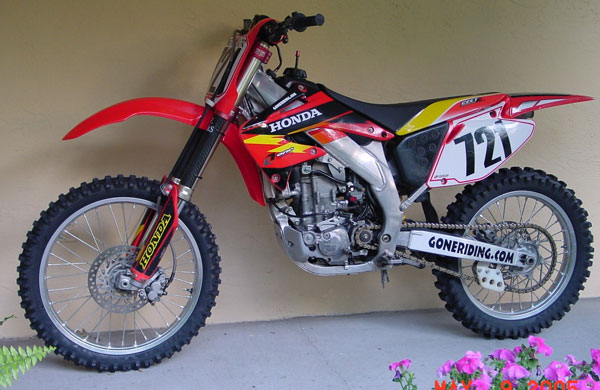 The KTM 450 XC was a popular dirt bike in the middle of the last decade. It raised quite a stir because it could not be driven legally on public roads. The makers had designed it exclusively for the race track. Despite this issue, the KTM 450 XC surprised everybody with its exceptional performance. It came with a six-speed transmission and a high-powered electric motor. It did not have a lot of trappings so that customers had to get them if they so wished. 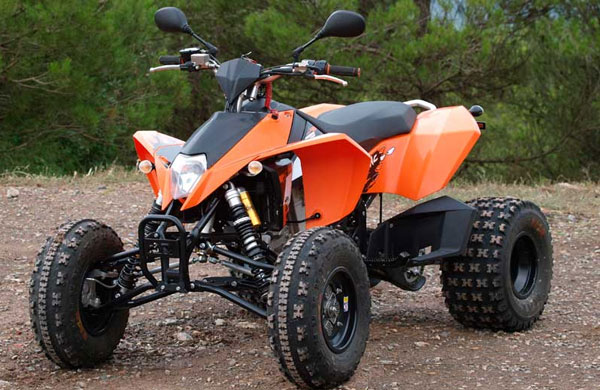 The Kawasaki KX250F was one of the best dirt bikes to come out in 2008. The model had been launched to offer better power and efficiency to the rider. The overall racing experience was also enhanced with this bike. Although these were minor changes, somehow the Kawasaki KX250F managed to outshine other bikes that had received huge upgrades. The Kawasaki KX250F managed to reach the top position because of the increased power that had been incorporated into it. Acceleration was smooth from bottom to top, however there were minor issues with top-end performance. 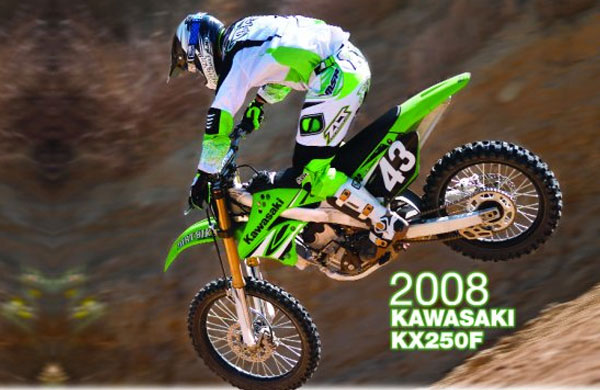 Another winner brought out by Yamaha in the early part of the decade was the Yamaha YZ250F. It became a great success because it offered greater power than the 125cc cars that were generally used in those days. The Yamaha YZ250F was a very popular 250cc 4-stroke bike that enhanced the racing experience. The new bike offered greater power and better torque compared with other models on the market. Down the years, the bike was upgraded a number of times to provide an even better experience on the dirt track. 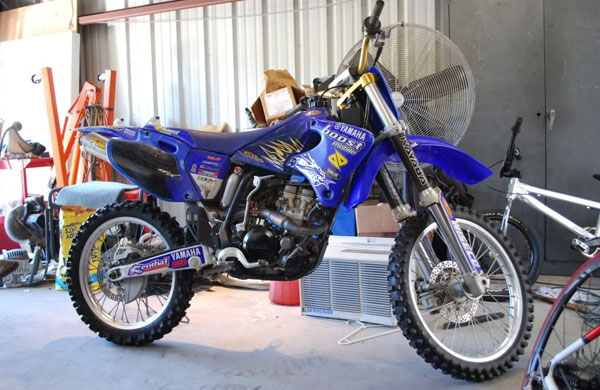 The Honda CRF250R was brought out by Honda in 2005 and was an immediate success. It was particularly designed for superior performance on the dirt track. As a result, racers found that the Honda CRF250R allowed them to navigate the tracks and move over hills and turns quite smoothly. All the while, the bike is able to maintain a low rpm to provide smooth running and efficient power. Accelerating is smooth and prevents damage to the system. Managing the gearbox is also very easy for the rider. 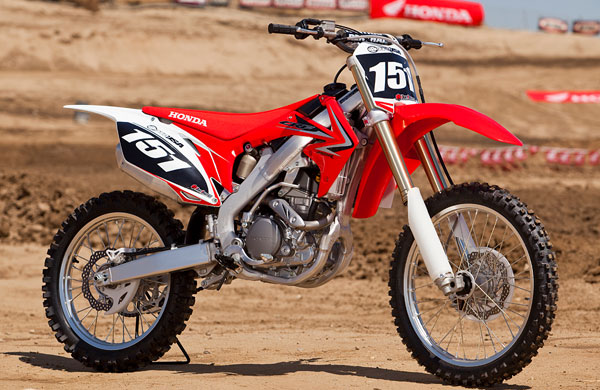 The Yamaha YZ125 is another popular two-stroke bike from the previous decade. The popularity of two-strokes increased around the middle of the previous decade because of their affordability and low maintenance. Two-strokes continued to outperform four-strokes on the race track. The bike did not offer a lot of innovation but it delivered power. Especially when it came to delivering bottom-end power, the Yamaha YZ125 fared better than other 250cc bikes. It is a light bike, which means that the rider needed to manipulate the clutch to get the maximum benefit out of this bike. 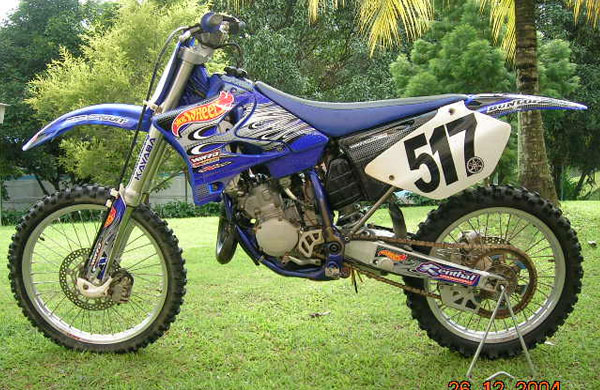 The Suzuki RM-Z450 was launched in 2011 and it continues to be a success today. This model is quite environment-friendly since it stays within the permitted noise limits. It has an impressive four-stroke 450cc engine. The speed and performance of the bike is further enhanced with the lightweight frame. The fuel system is more efficient than other models and ensures great fuel economy. The design of the bike is sleek and allows the rider to be seated in a comfortable position to maximize the racing experience. 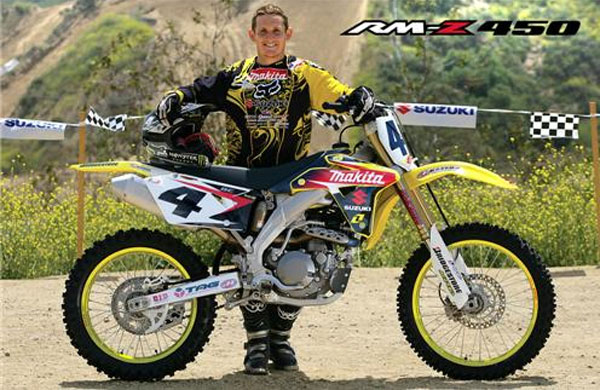 The Kawasaki KX450F is one of the most recent 450cc bikes that offer a range of features desired by today’s dirt bike racers. Due to its power and performance, the bike has been designed primarily for experienced racers as opposed to beginners. The chassis is made up of aluminium and steel, which helps to give it strength while keeping it light enough for easy maneuverability. The transmission system allows 5 different speeds for maximum performance.