While electric cars are getting older, hydrogen fuel cell is a comparatively newer phenomenon that is intended at boosting the electric power system of cars. A hydrogen fuel cell vehicle will carry hydrogen in a tank and combine it with oxygen from the air to produce electricity. Though still partially electric, fuel cell cars will use hydrogen instead of batteries thereby reducing carbon emissions. They also save charging time, which is a nuisance with most electric cars that take hours to charge. Instead, the newer technology will make refueling a matter of minutes. 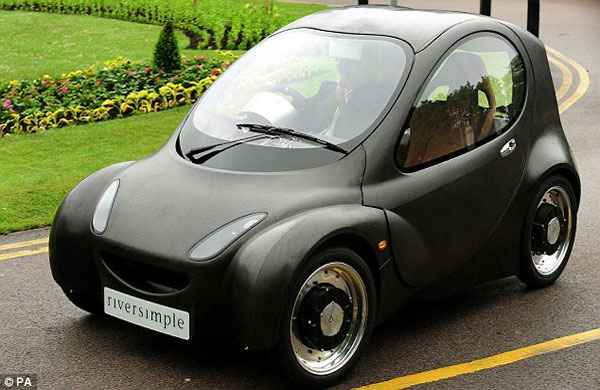 What is more Viable: Electric or Fuel Cell?

Though purely electric vehicles are undoubtedly the friendliest cars for environment, they require recharging in between driving sessions, taking more refueling time than a conventional car. Hydrogen fuel cells expedite this process by continuously generating electricity to provide it to the engine to make the car run.However, currently hydrogen does not make much sense. Many people are already criticizing the fuel cell technology because there are still many loopholes that need to be filled in. If you have particular interest in vehicles, you must already be wondering about the source of hydrogen being used in this technology. There are no more than 10 hydrogen filling stations in USA at present, thus creating a major loophole in the infrastructure. Even if more hydrogen refueling stations are established, they will take a considerable amount of time due to the heavy expenses involved in the process.

Even though hydrogen exists naturally in our environment, it isn’t easy to extract it from the air. It is also a highly inflammable gas and involves serious risks if it is to be brought to a fuel station. Though it might make our lives a lot easier, major obstacles in the short run are evident.

Another reason for fuel cells becoming a bleak reality is the fact that the American government has already spent billions of dollars on creating the infrastructure needed for battery powered cars. Now, at this point in time when electric cars are gradually taking over petrol and diesel cars, switching over to hydrogen is not at all feasible. In my opinion, now at least is not the right time for fuel cell technology.

However, owners of Toyota are more optimistic about the fuel cell technology. They believe that pioneering hybrid vehicles back in the 90’s was no different challenge than what they are currently facing, and they had received similar criticism even then, pointing out that hybrid will never work. Today, hybrid car technology is a major part of the automobile industry and we cannot deny this fact that fuel cell might be the next big achievement.

Currently, three major players are into the hydrogen fuel cell war, namely Toyota, Hyundai and Honda, who anticipate their cars to launch for public purchase by the end of 2015. This purchase will be limited to specific areas because of the restricted manufacturing currently in process. If everything goes well, in the next couple of years, your cars may be carrying hydrogen tanks instead of gasoline. The hydrogen stored in these tanks will then react with oxygen in the air and produce electricity to run the car. So conventionally, it will be still an electric car, but the batteries will be replaced by hydrogen tanks. This is likely to pose drastic environmental impacts and will fortunately bring down refueling time. If you already hate the waiting you have to do for your electric car to charge, the fuel cell technology is likely to address your concern.

Fuel Cell VS Electric: Which is safer?

Ever since the hydrogen-filled airship disaster, hydrogen gas has turned people fearful. Many people are afraid of converting to hydrogen due to its inflammability and non-safety. However, such people tend to forget that those bulky gasoline tanks they are carrying in their cars are rather more dangerous. If you are comfortable with driving a 25 gallon tank of gasoline, you should be equally comfortable with hydrogen tanks as well. Hydrogen tanks pose no extra threat, thanks to the advanced safety measures, and are safer than traditional gasoline systems. However, electric batteries are the ones with least amount of risk associated with them.

Though sales for electric cars are increasing and most new vehicular models are now available in electric system options, the future of fuel cell is a bit uncertain. While the idea of fuel cell is still in its initial stages and may take a long time to become a household name, we cannot underestimate the potential of cars that will run on fuel cells. If things work out fine – which I’m sure will – and hydrogen fuel cells become the common means of power for cars, it is not just the environment that will benefit from it, but consumers as well. With gradual advancements, the expenses involved in fuel cell setup will gradually drop, thereby reducing costs for consumers and enhancing quality of the technology. And since life is all about advancements and enhancements, giving fuel cells a try is definitely worth the outcomes!