Major auto manufacturing brands based in Europe, such as prestigious marques like BMW and Mercedes-Benz, are looking to China in the hope of capitalising on its emerging market for used vehicles, according to Reuters.

There is significant scope for growth in China, because the used car market is currently rising to prominence, buoyed by the country’s emerging middle class. People have more money to spend and as a result they are looking to invest it in vehicles which convey a sense of their status, which is why luxury brands from Europe are well positioned to take advantage.

In 2014 the Chinese auto sector is expected to grow by up to 10 per cent, with plenty of big names jumping on the bandwagon during the recent Auto China show held in the capital of Beijing. 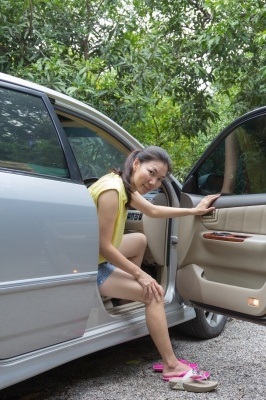 While you can easily find used cars in Sheffield and other UK cities via sites like www.thecarpeople.co.uk, the same infrastructures are not as well established in China. And so manufacturers are only now setting up a network of dealerships to supply approved used vehicles to drivers.

VW spokesperson Rupert Stadler said that the company’s Audi brand was being supported by the rollout of showrooms in China, with 290 set to have been established in total by the end of the year.

He pointed out that it is not just the emerging middle class and increased individual prosperity that is changing things in China, but also a shift in the culture of car sales. People used to keep cars within the family in the past, selling them to relatives when they no longer needed them, but things are changing and used car sales are through the roof.

Stadler went on to point out that dealerships in China were significantly more successful than those in the UK and other European countries. Rather than averaging sales of between 600 and 800 vehicles a month at a top tier outlet in the EU, Chinese high-flyers are averaging more than 2500.

BMW is similarly aware of the potential for growth which is available to it. And so over the coming months it is carrying out a campaign in China which will see it recruit 25,000 people across the country, training them to work in showrooms and handle the administrative side of used car sales to help it get a hold against its European rivals.

It is interesting to see premium auto brands having a marked impact in a country which has otherwise been known for its communism and state control. But as western influence continues to grow, European automakers will find much more of a foothold.

Of course China has its own car companies and is likely to try harder to export these brands to other nations in the coming years, completing the cycle of commerce and reshaping the global industry. Although for the time being it seems that Europe does have the monopoly on vehicles with true prestige.