In November 2012 at the LA Auto Show Saleen unveiled that they are going to produce 351 Mustangs and with this car the Steve Saleen will make his comeback to the industry.

The Saleen brand is going through the refining process and with the new 2014 Sleen 351 the brand will deliver the same heritage for which the brand is known. The car is named after the name of the engine employs by the model that is a Supercharged V8 of 351 cubic inches or 5.75 liter produces up to 700 horsepower and 655 lb ft of torque. The engine will be paired with Saleen’s 296 supercharger system. The car is put to productive and later in 2013 the enthusiasts would be able to see the car in the showrooms as 2014 model year. The Drivetrain will paired with a standard six speed manual transmission, a 3.73:1 final drive and Saleens unique clutch system. According to the manufacturer, their focal point is to design a notable car in the segment in each and every aspect from the styling and sophistication of engineering and technology. 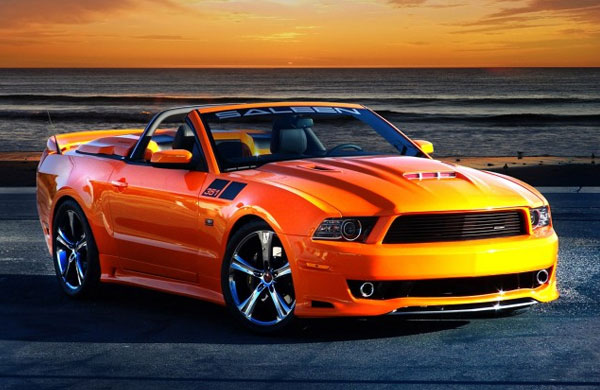 The new 2014 Saleen 351 will hit the floor after the absence of 13 long years, the first model under the name of the Saleen Mustang was sold in 1984. This time, the car comes in five unique color coordination packages. The base model of the car comes in a white color with a range of 440 horsepower, 625 horsepower Yellow label, 302 Black label with 440 horsepower, 302 SSc Black label with 625 horsepower and the 351 extreme Black Label with 700 horsepower. The car sits on classy and unique five spoke chrome 20 inch alloy wheels with high performance rubber. For different versions, the manufacturer claimed to offer different suspensions to ensure authentic and impressive handling, speed and driving experience. At the La Auto Show, Saleen announced that they will put the car on production in January 2013 and for the first production year their target is to produce 100 to 150 units of the car.

The enthusiasts are trying to get more and more information about the new announcement of the Saleen. Well, the exterior of the car will be completely composed  of the carbon fiber such as front/side splitters and the rear diffuser that will be complemented with F1 style tail lamps. The car will also feature Red Butterfly hood that allows the flow for fresh and cold air via the scoop design that opens under the throttle which is the part of the Saleen’s popular Butterfly Center Ram Air Induction system. With lots of other modifications and improvements, the brakes of the car are also improved with 15-inch disks brakes for responsive and quick stopping performance.  The pricing information is not confirmed yet and will be revealed closer to the sale date, whereas the final release date is also not announced officially and so we have to wait a bit more to get some more images with a closer view from the brand.