While Mercedes Benz has been trying to redesign their S-Class models, but BMW 7 Series still remains among the top executive class sedans that not just have the style factor, but perform exceptionally as well. While the German automaker is already in works for the next level of 7 series cars, but the current lot has also received good response. The all new 2014 BMW 740i Executive Edition takes the best features and combine it into one full size sedan that is more upscale and better equipped with features that buyers demand. 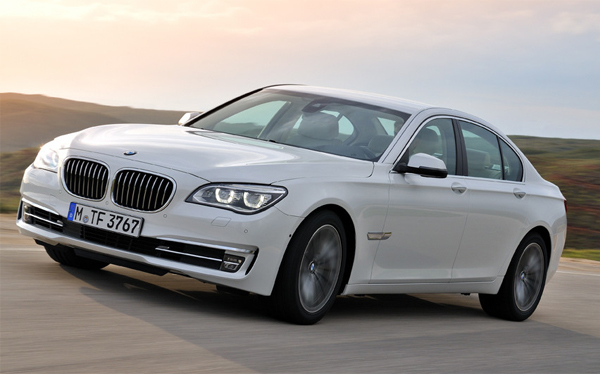 In terms of exterior styling, 2014 BMW 740i Executive Edition is no different from the other entry level 7 series vehicles, except that it has exclusive set of wheels that make it look superior. It has the 10 spoke wheels that certainly add a class effect which is not seen in the base level 7 series vehicles. The car is available in three colors – Alpine White, Mineral White Metallic and Black Sapphire.

Under the hood, 2014 BMW 740i Executive Edition is powered by 3.0 liter inline six engine with TwinPower Turbo Technology that delivers 315 horsepower and 330 lb feet of torque. The engine is mated to an eight speed automatic transmission that ensures the drive is smoother and gear changing is seamless. Compared to the regular base models, it is 200 pounds lighter, but that does not really make an impact on its performance.

The interior is wrapped with Dakota leather that is available in Saddle Brown Light, Ivory White and Veneto Beige color which makes it appear luxurious and stylish. It also get an Ash Grain wood trim that adds a dash of luxury to the interior and there are other standard equipment that offer better driving and travel experience. The car is also incorporated with safety features like Head Up Display, Park Assist, Active Cruise Control and 360 Cameras. This full size sedan is available for $96,000 in the US market.